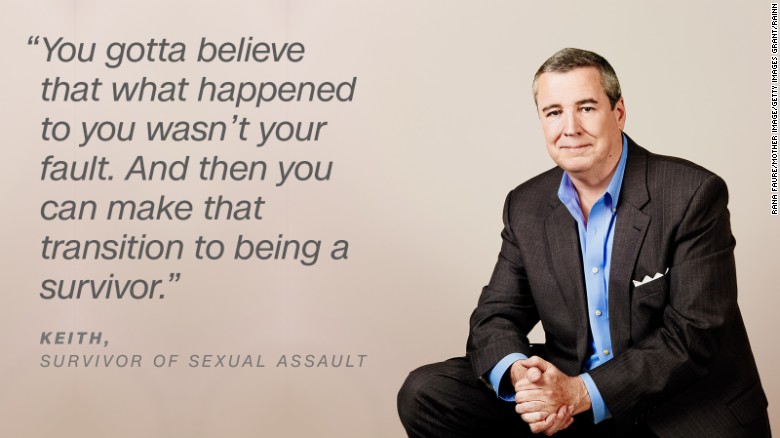 At the end of this video, I was speechless. To think that the people that are supposed to protect you and look out for your best interest could dismiss you so easily is frighting. More and more, I hear stories on the news or see stories online about women not reporting sexual assault. Statistics are getting higher and higher everyday of rape and harassment and how the culture of rape is growing. This discussion of women that are involved has to change as well; It can not longer be about “what she was wearing” or “how much did she have to drink.” What kind of message does that send to young girls and even to young boys??

To watch this young women tell others, that have been sexually assaulted, to “not have high expectations,” of the justice system is horrifyingly sad; it highlights how truly broken it is. We need to be the change for all the young girls in the future. We need to change it for the women getting sexually assaulted at this very moment. Lets change it so we never have to hear “The guy didn’t look like a creep,” and know that our claims are being categorized as insignificant. Lets change it so we can feel safe and valued.

Most of us have heard about the rape case that took place at the University of Virginia campus. Well, for those of you who have not, here’s a quick news coverage story of the event:

Pretty messed up right? In class, we talked about the importance and urgency for Americans to feel comfortable addressing such issues as rape or sexual violence. Jackie’s account of her gang rape had, yes, started people talking about the issue and realize the urgency to address rape and sexual violence on college campuses. However, upon the police later finding holes in her testimony, the case was dropped and has now left a scar created by negative attitudes about Jackie, the University of Virginia, all Greek life at the University of Virginia, poor journalist practices, and, most importantly, it cast doubt on the truthfulness of all rape victims known and unknown.

Now, five months later, the popular crime drama “Law and Order: Special Victims Unit” has created an episode storyline that one could say was taken straight from the University of Virginia rape frenzy with only the adjustments of being set in New York at a New York university. Don’t believe me? Take a look:

Now, I could be wrong, but the purpose of shows like Law and Order SVU is to raise awareness on issues like sex crimes and other related crimes. The news coverage surrounding Jackie’s false story created enough negativity and now the crime drama is only adding to the feelings of negativity creating an environment of doubt and uncertainty surrounding the stories of rape victims. A follower of the television series Facebook page wrote, “While I love this show, it would have been great not to have a show that undermines the epidemic of rape on colleges. Why would they do a show that discredits rape on campus[?] [T]his instead is continuing its perpetuation that all women lie about it.” Well that’s a good point! Victims are already horrified of what they just experienced, now the media reporting on the UVA rape case and the Law and Order SVU television episode have the potential to scare future victims into hiding out of fear of being ridiculed for what they themselves know to be true.

Here’s an interesting example of a man working in a very visible (but anonymous until now) way to speak out against rape.  Eric Lostutter revealed that he was the member of Anonymous who helped to raise national attention about the rape of a 16-year-old girl in Steubenville, OH by outting some of the members of the football team who had posted videos of and tweeted about the rape.

… the man behind the mask is not who you’d (or I guess who I’d) expect him to be. Lostutter, who gave an interview to Mother Jones on Thursday, lives in Kentucky, seems to be part good ol’ boy and part bro. The 26-year-old is a cybersecurity consultant who likes motorcycle riding, Bud-drinking, flag-flying, and turkey hunting. He’s also an amateur rapper who goes by the name Shadow.

This is a case that men are an important ally in the fight against rape, while also raising some important ethical questions regarding privacy and our justice system.

Facebook has allowed pages and posts that celebrate assaulting women.  For example, from the article:

Click here for a 2010 series of articles from NPR about campus rape, including the one referenced in the audio lecture about the “serial predator” study.

This is the story referenced in the online lecture of the 3 VA students and their experiences with honor board courts after reporting sexual assaults at UVA, William & Mary, and Georgetown University.

Here is the Rolling Stone article referenced in the audio lecture about a culture of denial and cover-up of rampant sexual assault within the military.

Here is the article referenced in the audio lecture about the hearings held in the senate in March, 2013.

Click here to see what service members who have been sexually assaulted testified to senate about their experiences.