Just wanted to make sure that everyone was up to date with their sexist-occupations list, since 2013. A few big ones were caught encouraging the “men>women” lie around the world, recently.

“Sixty-five percent of U.S. political stories published during a three-month span in 2014 were written by men,” wrote a man for Poynter Institute.

“The report, which examined about 27,000 pieces of content produced at major news organizations during three months in 2014, shows that men produced the majority of coverage in nearly all cases. Three organizations — “PBS Newshour,” the Chicago Sun-Times and The Huffington Post — reached or surpassed gender parity.”

Aside from my journalism passion being crushed, my soccer one also took a hard hit. Adding injury to insult, this Saturday marks the first match of the 2015 Women’s World Cup, and FIFA’s sexist decision to hold the entire tournament on artificial turf.

When Abby Wambach — the 2012 FIFA Women’s World Player of the Year — heard of this news, she noted, “The men would strike playing on artificial turf.”

Playing on turf is exponentially more dangerous than playing on real grass. And exponentially more expensive to upkeep. The Men’s 2014 World Cup got a $550Million Stadium built in a developing country (that ended up becoming a bus parking lot after the tournament ended) while women have to settle for turf in Canada.

Many famous female soccer players filed a lawsuit against FIFA, but later dropped the charges.

The dozens of plaintiffs included U.S. Women’s National Team player Heather O’Reilly, who told NPR that the plan to use fake grass “is a blatant demonstration of FIFA not placing the women side by side with the men. You know, many men’s players refuse to play on artificial turf, actually, and the thought of it being played in the World Cup is almost laughable.”

How is it that oppression against women is still so evident and so prevalent? If professional athletes gave up their attempt to fight discrimination with their high profiles and the resources they have, what does that mean for us everyday women? 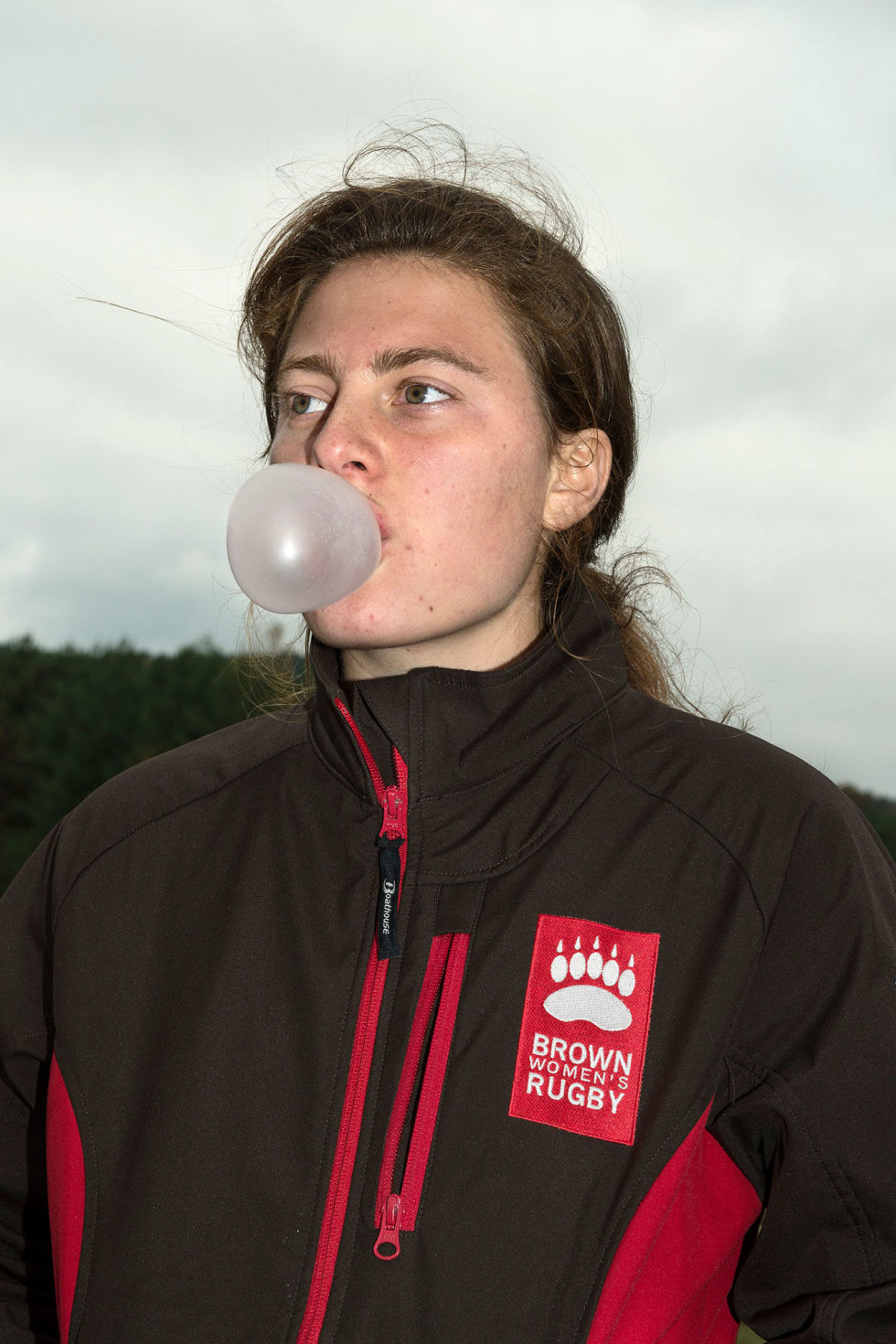 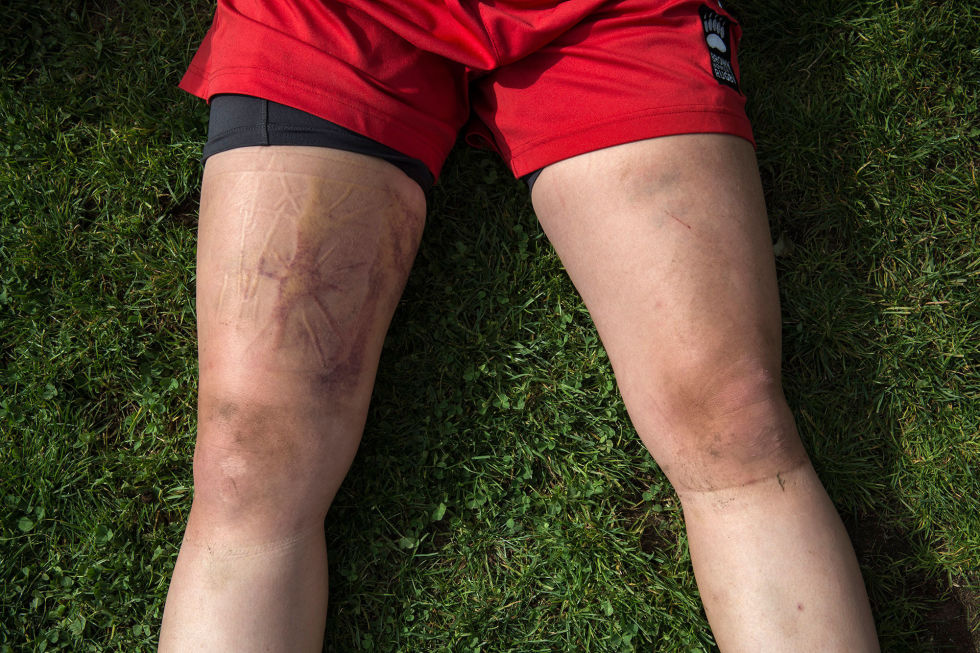 I am not an avid reader of Cosmopolitan Magazine, I barely have time to read anything these days because I’m so busy. However when I am bored I do like to hop on social media. Snapchat is my personal favorite because I like to see what everyone is up to and recently they added a great new feature where they have partnered with different companies, publications and online news outlets to bring news and entertainment to snapchat in the form of daily snapchat stories. One of those publications is Cosmo. About a month ago I clicked on their story and was scrolling through it and got extremely excited because the article was titled “18 Badass Portraits of Female Rugby Players Defying Gender Stereotypes”. I even screens shotted it so I could write about it for my next post on this blog.

It wasn’t really an article but more of blurb about who the photos were of and why the photographer took them but I thought it was great that they put these photos out there knowing they have such a large audience and doing their part to combat our societies gender stereotypes.

Take a look at the rest of the photos here!

This post is more of something I have had on my mind as I reminisce over this period of “history” that seemed to be so important to our society. NFL player Michael Sam has been deemed a hero as the first openly gay player drafted into the NFL. He came onto national television and made a public announcement in the form of interviews letting the world know that he was homosexual.

Though we can applaud his high level of confidence and self-esteem, I can’t help but wonder if this isn’t another case of egotistic professional athleticism taking the form of a gender social issue to gain publicity, attention, and a title. I don’t doubt that any of the personal information that Michael Sam shared was false. However, it seems that an announcement of this kind goes against the big picture of the “social issue” that Sam seems to be “promoting”.

The general consensus in society seems to be that the goal is for homosexual individuals to be considered no different or non-average than heterosexual individuals. This is equality that we can all agree is not only necessary, but an American and human right. With this being said, it seems counter-productive to go on national television to share your sexual orientation in such a dramatic fashion and welcome the title of a hero or a “first” when no other player in the NFL, gay or not (we don’t know because they don’t feel the need to…) announces who they enjoy on the weekends or being in relationships with.

If equality is the big picture goal, why does personal information need to be shared when it is not the norm for the “average” sexual orientation that people are trying to make apply to everyone to share? This is not to say that people should not express themselves or smother who they are. However, I do not see naming someone a Hero or a historical “first” because of their decision to share information that nobody was asking for or spectating over as a step towards the big picture goal of equality.

I also may not know what I’m talking about.

In the world of sports there has been a lot of debate over the fighter Fallon Fox, in the sport of Mixed Martial Arts (MMA). Fallon Fox was born a man but now identifies as a woman. She has gone through all of the horomonal and physical changes that qualify her has a legal woman and therefore is allowed to fight in the women’s division in MMA. Many people claim that she has an unfair advantage because she previously developed as a man. They claim that these physical attributes can never fully be taken back and therefore she should not be able to compete against other women.

In my opinion, I believe that Fallon Fox does have some advantages physically over other women she is fighting. She should therefore be required to explain her physical past against her opponent so that they may know what they are getting into when they decide to fight her. I agree with Ronda Rausey, in that there are some physical changes that can not be undone. Fox will almost always be able to perform in a superior way than other female fighters who were born women, purely because of the difference in the biological make-up of men and women.

This debate has given light to the type of situations and questions that transgender people face as well as how society responds to different types of genders. Our society is so use to dealing with just two genders and it is interesting to see how it must adjust in accepting and acknowledging new identities. I love this debate because it shows just how far society has come. It may be hard to distinguish what is fair and unfair, but I’m happy that society is being put to the test. I’m glad that I’m being made to think outside of what I thought was possible. I’m open to new ideas and regulations for different ways that people identify.

Here is a fascinating discussion of women who have submitted Mount Everest over the years and the challenges they faced based upon social expectations for them as women in Eastern and Western cultures.  After one professional climber told National Geographic that she, like many working mothers, felt guilty at leaving her children behind, reader response was ferocious.  Readers responded to the article stating she had “pre-shot her children” and accusing her of having “cheap, self-serving arrogance.”   A Nepalese woman who holds the record for summiting Everest 6 times is working as a maid because in her culture, educating women is not seen as a priority and she can not read or write.

Some of the issues faced by Western women climbers is grounded in our historical view of women and sport.  From the article:

In the 19th century, when mountaineering was developing as a sport, the playing field was highly restricted. Victorian society largely believed that women could not endure robust physical activity. One prevalent theory blamed the uterus and the ovaries. These organs were thought to dictate everything about a woman, from puberty to menopause, including her athletic capabilities….

Naturally, mountaineering was out of the question. As physician Karl Gerson warned in 1898 in the German Journal of Physical Education, “Violent movements of the body can cause a shift in the position and a loosening of the uterus as well as a prolapse and bleeding, with resulting sterility, thus defeating a woman’s true purpose in life, i.e., the bringing forth of strong children.” A woman needed to stay home and go easy on the uterus. Future generations depended on it.

Great reflections on the Richie Incognito bullying scandal from LZ Granderson on how language and interaction with other men help reinforce narrowly defined versions of masculinity.

You know those electronic collars that zap dogs that stray outside their electronic fences?

That seems to be the purpose of everyone’s favorite and seemingly innocuous phrase, “man up.”

Just mumbling those two words in a typical guy’s direction delivers a psychological shock that discourages him from venturing outside the restrictions of our traditional view of what it means to be a man.

Here’s a great example of how girls can see a variety of role models (cognitive development) through greater exposure to female athletes.  This also demonstrates how institutions (US government/laws) influence gendered norms.  With the introduction of Title IX, gendered norms of femininity started to change as more and more girls became athletes.