In an opening speech of a Senate hearing on February 15, 2017, Ashton Kutcher testifies on the importance of the work his company, Thorn, is doing to fight the enslavement and sex trafficking of children. The exigence of this speech is to convince the Senate to help fund Thorn’s efforts in identifying victims to prevent trafficking. Kutcher’s audience is the Senate’s Foreign Relations Committee as well as the world because the speech was filmed (a short clip is attached above). Kutcher must overcome the preconceived expectations his audience has of him because he commonly plays the comedic relief in the various movies and tv shows he has acted in. Kutcher also has to overcome the professional setting that can put a barrier between the audience members’ work and personal lives by making his speech personal to each of his listeners.

Ashton Kutcher’s main way of persuasion is his use of pathos in the invention of his argument. He arranged his speech to begin with a joke about internet trolls attacking him that attracts his audience’s attention, then he gets more serious. After explaining that his two days jobs are as the co-founder of Thorn and as a father of two children, Kutcher explains he has a duty as a father to defend his children’s right to the pursuit of happiness. Thus, he is building his argument of protecting children in the Constitutional right to the pursuit of happiness – a credible and widely accepted right. He later gives a personal testimony of what he has seen in his investigations.

In terms of style, Kutcher uses everyday prose and legal terms to describe the cases Thorn investigates. Contrasting this professional language, he uses more so unprofessional terms like ‘internet trolls’ to begin his speech. Kutcher’s rhetorical choice to focus on pathos his duty as a father as well as his imagery and emotional response to recalling a heartbreaking investigation creates a lasting memory in his audience which likely consists of parents or others who have a personal connection to children. His emotional reaction to recalling this investigation adds to his emotional appeal and delivery of his speech.

Overall, Ashton Kutcher’s speech was successful and created a lasting impression on his audience of politicians and those that viewed the video of his speech.  I referenced this CNN article on the event which highlights the alliances Thorn made with Senators like Bob Corker pictured below. 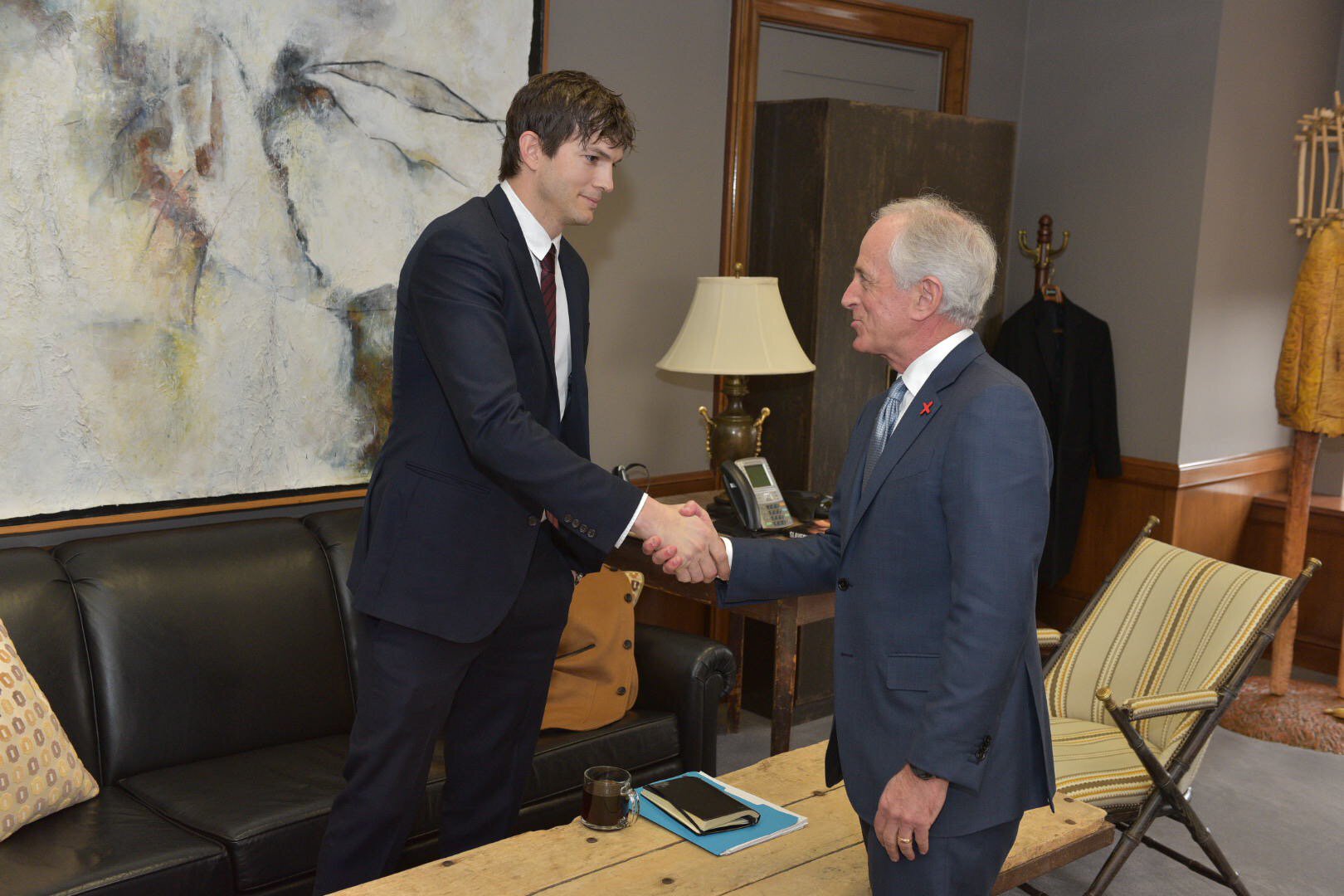