“The Hunger Games” is a movie about what was once North America. It is set far into the future and North America is now separated into 12 districts that is maintained by the Capital of Panem. It maintains its hold on these districts by having tributes selected, a boy and a girl. These tributes must go into an event that is called the Hunger Games. This an event where you essentially try to kill all other opponents until you are the last one standing.

This movie focuses on a specific year where in district 12 Katniss Everdeen volunteers so her younger sister will not have to fight. Chosen with her is Peeta Mellark. 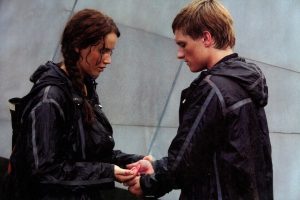 The movie is mainly about the survival of these two and trying to fight back against the capital. Throughout the movie you also grow very attached to the characters because they begin to fall in love and you want this romance to last outside of the movie, but only one winner is meant to walk out alive.

According to the textbook, “Neo-Marxist perspective helps expose how material conditions and economic practices shape dominant ideology regarding taken-for-granted assumptions about who “ought to be” and “ought not to be” empowered.” This allows for those who are reading one of these perspectives to have an “us” vs “them” perspective.

When someone is watching “The Hunger Games” they could easily decide who is the model and who is the anti-model. You would feel as if you are on the districts side because the capital is taking money and lives in order to establish power. This creates the “us” vs. “them” illusion. The movie would make the viewers want to be more like the hero Katniss and less like the Capital’s president. An analysis of this movie is interesting because it is geared towards a younger viewing audience who might not understand the message of “us” vs. “them.” Younger generations focus more on how Katniss is this strong capable women figure and they do not tend to pay much attention to the capital and how they can be related to real life.

This movie has an effect on individuals because it allows the viewers to see the capital and relate it to the government or the upper class societies. It brings out the message that anyone can defeat these higher statuses, especially women. This movie always stood out to me because it talked of how the only thing greater than fear was hope. 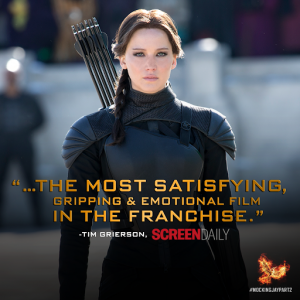