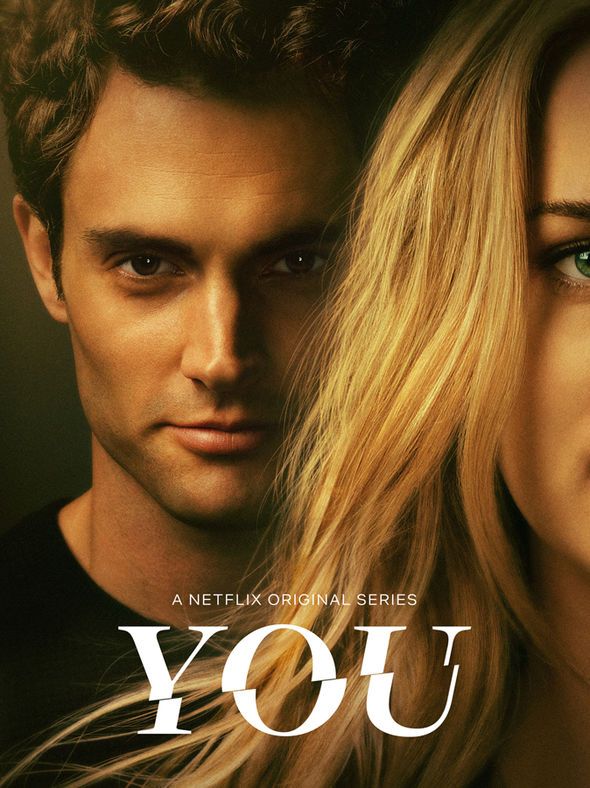 The Rhetorical Situation and Plot Summary

The 2018 Netflix Original tv show You is based on a novel with the same title by Caroline Kepnes which was originally published in 2014. The show takes place in modern-day New York City (2018), specifically at Mooney’s Bookstore which is run by the protagonist Joe Goldberg. Joe is a charismatic man in his mid 20’s. When he meets a young woman in his bookstore, Guinevere Beck (who goes by Beck), he becomes infatuated by her. His

obsession begins with the socially acceptable behavior of online social media profile stalking, but then it escalates to him watching her outside of her first-floor windows at night in the clever disguise shown. His obsession eventually drives him to murder Beck’s on-again-off-again boyfriend, Benji, and best friend/admirer, Peach. In doing so, he is able to grow closer to Beck and they eventually begin dating and living together.

Why the Dramatistic Perspective is Important

The goal of using the Dramatistic Perspective is to analyze artifacts like You to better understand why someone like Joe who is breaking away from socially acceptable behavior is still considered an overall good or moral person. This is done by using Burke’s philosophy on the human condition to better understand a person’s or character’s motivation(s) which absolve them from guilt.

Kenneth Burke created the Pentad to help us identify and interpret the motivations of a rule-breaking person. In the case of You, the agent is Joe Goldberg – our protagonist – and the act is Joe stalking Beck and killing her friends.

Stalking someone and murdering their friends is obviously not considered normal or good behavior. In order to commit these acts, Joe uses a cap and jacket to disguise his identity, his computer to stalk Beck and her friends’ social media profiles, and the basement of his bookstore which conveniently has a climate-controlled book preservation room with a lock; all of which are considered the tools or agency Joe uses. The scene, as previously mentioned in the rhetorical situation, is modern-day New York City but a lot of the acts take place in the basement of Mooney’s Bookstore (as pictured) and at Beck’s apartment where he physically stalks her. The general purpose of doing all of this is to remove obstacles that Joe believes is keeping Beck from falling in love with him.

Burke says that motivation “… argues what makes the rule-breaking behavior justifiable” (Sellnow 82). Based on the pentad and my own interpretation of You, Joe’s motivation for stalking Beck and murdering her friends is to make Beck happy. This type of motivation is categorized by Burke as transcendence because Joe is following a higher calling of making Beck happy. He kills her boyfriend because he was a drug addict working as an entrepreneur for a dead-end company. He kills her best friend because she was preventing Beck’s writing career from launching and she had a lot of blackmail on her. Although Joe is motivated to make Beck happy, he is also motivated to make himself happy by having Beck all to himself. Thus, when he kills Peach, her best friend, his motivation is considered victimage because he staged her suicide to cover up the murder.

Although Joe’s motivation can be considered transcendence and victimage and he is technically absolved of guilt, there is still an uneasiness concerning Joe’s motivation because of the means in which he achieved his goal of being with Beck. This show is also blatantly toxic to society because it shows how someone like Joe, a charismatic, good-looking, white man, can get away with murder and still be rewarded by getting the girl. Although Beck does eventually find out about the murders and the stalking (spoiler), Joe is not caught by the police, at least not yet.