Batman: The Animated Series is based on the DC Comics of Batman. The Series was known for its film noir aesthetics, darker tone, artistic presentation, and brings a comic superhero to more modern audiences. As a kid, Batman was my favorite superhero and TV show and to this day I still find myself coming back to it. Even though the show is targeted for kids, it has more adult-oriented themes to it, that now that I am an adult, I have a new-found respect for it. I will be using Dramatic Perspective for this blog post. I will look at the episode, Heart of Ice which is the episode where Victor Fries becomes Mister Freeze and his backstory unlike most villains is tragic and sets him apart from other villains.

Heart of Ice, starts off with Mister Freeze talking to a ballerina in a glass dome promising he will get revenge against the person who took her from him. After this, Gothcorp offices around Gotham start getting robbed with all of them being related to the buildings being frozen. Batman then finds out that someone is trying to make a “Freeze Ray” that could freeze the city. Batman later confronts Mister Freeze at one of the offices to try and stop him. Mister Freeze escapes and Batman starts trying to find out who Mister Freeze is. Batman sneaks into Gothcorp’s offices and finds a security camera tape of an accident. The accident is Victor Fries recording that he has put his wife into cryogenic stasis due to her being terminally ill, to give him time to find a cure. Ferris Boyle the owner of Grothcorp comes in to have it shut down stating that he has cut the funding to the project and he is using the equipment without authorization. He has one of the guards disconnect the equipment which would kill Fries’ wife. Fries takes one of guard’s guns and tells them to stay back. Boyle shoves Fries into a table of chemicals which fills the room with toxic gas making Fries unable to live without be under subzero temperatures and enables Fries to save his wife. Mister Freeze show up at an awards ceremony where he confronts Boyle stating that he took everything away from him and he will have his revenge. Batman comes in and stops Freeze before he could finish his plan and also gives the tape to a reporter telling Freeze he will have his justice against Boyle. The last scene is Freeze talking to the ballerina asking his wife to forgive him that he failed to avenge her. 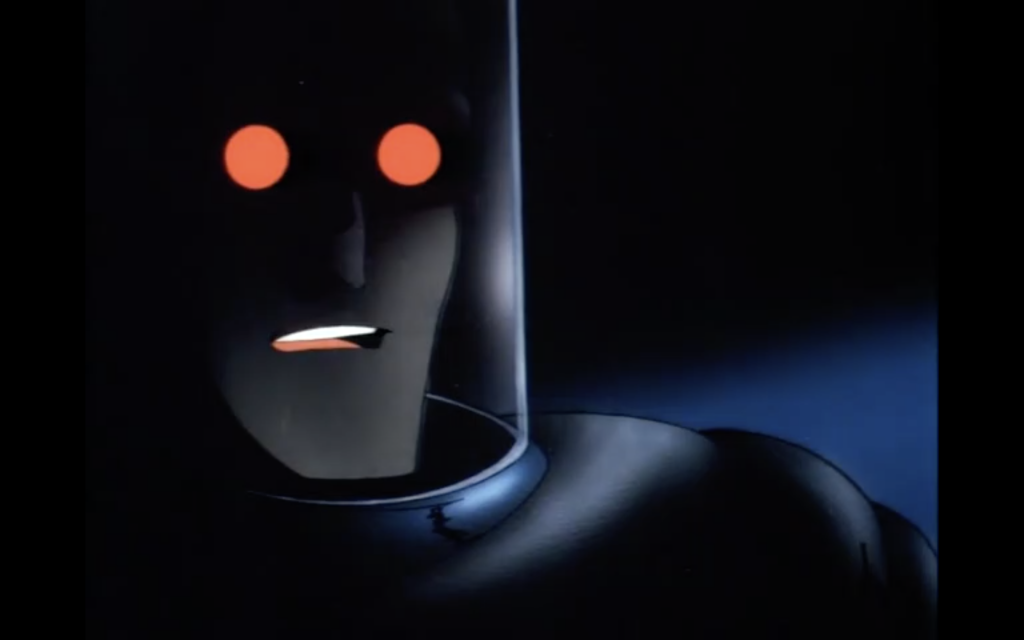 Screenshot from Batman: The Animated Series

Dramatic Perspective is to break down a character’s motivation and how they justify their actions, so they will be redeemed by society. I will use Mister Freeze, from Batman the animated series, as the character for this perspective. The Pentad will be what I use to help explain this, by breaking it down into five elements of drama. One, the act, what is the rule breaking behavior. Mister Freeze is stealing from Gothcorp’s offices to create a freeze ray to take his revenge on Ferris Boyle. Two, the agent, who is doing the rule breaking behavior. Mister Freeze, formerly Victor Fries a scientist who must wear a suit that keeps him alive after an accident which causes him to be only able to live in subzero temperature. Third, the agency, the tools or means use for the act. That would be the freeze ray that he uses to freeze the building with Boyle in it and the suit that keeps him alive and give him super strength. Fourth, the scene. Gotham City, but to be more specific, the award ceremony. Fifth, the explanation to why the agent did the rule-breaking behavior. Mister Freeze wants revenge for himself and his wife against Ferris Boyle for turning him into a monster and having no means to save his wife. With this we get to the motive where this goes beyond the purpose to argue, but what justifies the rule breaking. We can label Mister Freeze under two of the three. One being Mortification, where the agent confesses his guilt and is punished for it. Mister Freeze asks his wife to forgive him and he is in jail for what he has done. The second label is victimage, where the guilt is absolved by blaming someone else. Mister Freeze blames Ferris Boyle for turning him into person he is now and for what happened to his wife. He also states that he is doing it for his wife who can no longer live because she in a stasis. 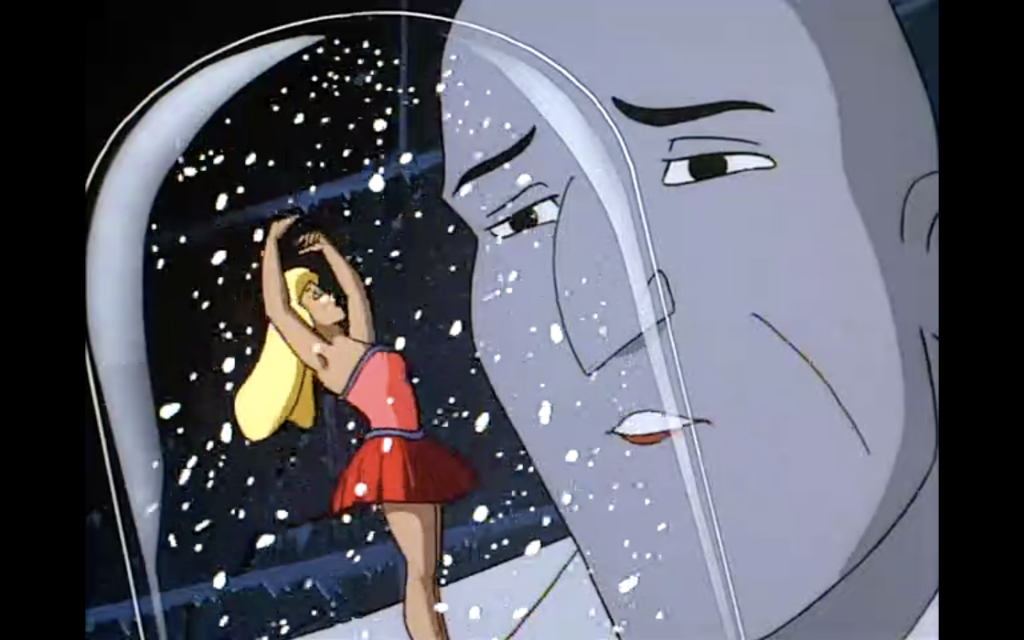 Screenshot from Batman: The Animated Series

Batman the animated series takes a villain and instead of just making him a basic villain, they give him a tragic back story that makes the viewer feel for him, but can also see where his actions are also justifiable by using dramatic perspective and the pentad to help lay it out for the viewer.