Throughout my time at Longwood University, I have been involved with many clubs and organizations.  I have been apart of the ultimate frisbee club, football club, the rugby club, the Farmville Fire Department, and I have also helped with Campus Recreation on multiple occasions as a support staff.

I was apart of the ultimate frisbee club for my entire freshman year, and quit at the years end to pursue other activities.  However, I have joined the team over the years for their intramural tournaments and their fundraisers.  I joined the club football team late in the fall of my freshman year and was apart of the club until the fall of my senior year at Longwood (last year) where interpersonal conflicts arose and I made the decision to leave the team; However, it was a great four years with those guys and I’d love to go back.  I joined the rugby club the spring of my junior year and I am currently active in the organization as the club secretary.  So far at Longwood, I will forever be grateful for joining the rugby squad because of the bonds that I have made and for forever brothers that I have met.  I joined the fire department the fall of my sophomore year and this past October marked my 3rd year on the department. 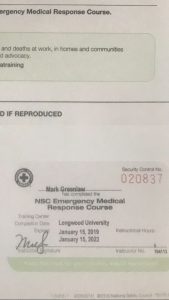