Peter Gabriel rose to fame as lead singer for the progressive, rock band Genesis. In 1975, Gabriel left the group and embarked on his solo career. Despite the fame of his Genesis days and the success of previous solo releases, Peter Gabriel’s solo career reached superstar status with his release of the album, “So”. Over the years Gabriel had intended to bring the sounds of Africa, which had increasingly influenced his music, to the western world. Through the use of layering, drum rhythms, and even so far as African song concepts, Gabriel has been arguably the most successful artist to ever incorporate African music into his own.

African music is often described by western ears (as well as in our class) as chaotic, especially when broken down. The vast number of various instruments, creating so much sound at once, can be overwhelming to western music listeners. The process of taking several instruments and developing them into a rhythm is called layering. Layering is the foundation for African music. This influence is clear in Gabriel’s music. Many of Gabriel’s songs seem chaotic, yet rhythmic simultaneously. In his song, “Big Time”, Gabriel showcases the chaotic and rhythmic characteristic.

The layering of the song is evident within the first few seconds. The polyphonic texture is difficult to wrap your head around, as the drums play their own rhythm while the guitar and bass, though sharing a funk music influence, are playing two completely different musical lines. This is evident of layering, as the instruments are placed on top of each other in order to make the entity of the song.

Drums are, without a doubt, essential to African music. Like many other forms of music, drums are the foundation of African music. The influence of African drumming is evident throughout all of Gabriel’s work. In the early days of his solo career, Gabriel banned all drummers he worked with (including former bandmate Phil Collins) from using any cymbals. This was in order to achieve the most authentic African drum sound possible. The example I am going to share is Gabriel’s song, “Solsbury Hill”, because within the song is featured a lunga drum. This African drum has a very distinct sound, in that by squeezing chords fastened around the drum, the drummer can create different pitches, earning the nickname “The Talking Drum”. The drum is featured in the song at the 1:17 mark in the song, though it is faint and you must listen carefully for the sound of dripping water. That “dripping water” sound is in fact the Lunga drum.

Arguably, Gabriel’s most popular song is the track, “In Your Eyes”. It is also an example of Gabriel’s inclusion of African drums. The song features a multitude of African drum beats, played on several African drums. A talking drum using a deep tone can be heard, as well as several different djembe drums, and other African instruments. From the beginning, when listening to the drum section, the African influence is clear.

The song also features African lyrics, which can be heard starting at the 3:30 mark. On several occasions,  Gabriel has performed this song live with African music legend, Youssouu N’Dour.

“In Your Eyes” is unique as it goes deeper than just incorporating African instruments. The song actually incorporates African song concepts. When writing the song, Gabriel was interested in the idea of there being no difference in African love songs between the love of a woman and the love of God, as he is quoted in the video posted below:

I believe this goes to show Gabriel’s true interest in African music. Many artists have used African musical techniques and drum patterns, but Gabriel is so heavily influenced by the music that he writes African songs. The lyrics of “In Your Eyes” make no mention that Gabriel is singing the song about a woman and could easily be interpreted as a man singing of his love for God.

Peter Gabriel’s music was my first introduction to African music. His music is evidence that music does not know cultural boundaries. He has shown that anyone can enjoy and play any music. 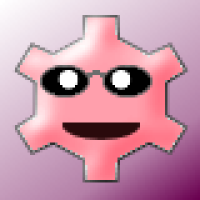 Welcome to Music In The World: the blog for Chris Kjorness’ Intro to World Music course at Longwood University. This blog is a space for students to explore the world of music through thoughtful writing and discussion. By applying the concepts of ethnomusicology to the music we encounter, we hope to better understand ourselves, and the world around us. This is an open forum and comments from non-students are not only welcomed - they are appreciated.