Basic Processes and Principles of Photography

In my Photography class with Professor Zuberi we focussed on the processes and history of black and white film photography. During the first few weeks of class, we learned how to use a 35mm camera, develop film, and print black and white photos. Throughout the semester, we had six photography assignments and a final project. Once we completed our assignments, we then had a class critique. One person would present their work while the rest of the class took notes and then gave their thoughts and opinions.  With this class, I  learned that it could sometimes take hours or days before you get the photo you want.  By taking this class it helped me to learn how to become more patient.

For our final project we had the choice to pick what we wanted to take pictures of. I chose to take pictures of the oldest building at Longwood University, Ruffner Hall. I symbolized that Ruffner was once an all girls dormitory until it burned down twice in a fire. I photographed the new elements that was added when Ruffner was rebuilt and I also photographed some of the things that were kept the same, paying homage to the original Ruffner Hall. Before we could start taking pictures for our final project, we had to write an artist statement. It was on our final body of work and what our method of making the work. 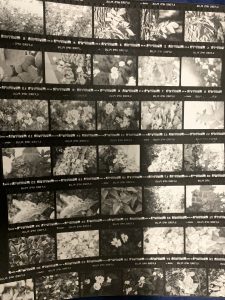