Credible Research: It’s What Makes You and Your Paper Intelligent

Writing Right – How and Where to Cite in an Academic Paper

When writing using a formal think of it as if you were writing a letter to your boss at work. The paper will need to be respectful and written in a manner that has been written with a certain decorum that is expected in the professional world. Meaning that the formal paper will require careful revision before being submitted. Additionally formal papers will typically use verbs or phrases that would not be used in an informal paper. These are verbs such as “nevertheless”, “consequentially”, “In addition to”, and “in conclusion”   A formal paper will need to be written in third person, so it should not contain the words “I” “my” or “you” in it. The paper will also have to be concise and factual without any personal opinions or biases. A formal paper does not use slang either. Formal papers will often require the writer to put more thought into them as it important that the work appears polished and well thought, as opposed to an informal paper.

Additionally it is important to note when it is appropriate to use the formal tone, and when it is appropriate to use the informal  tone. The informal tone is for when you are discussing things with people you know on a personal level, such as fellow students when working together on a group project, or when submitting a discussion blog post. The formal tone is used when you are writing a paper for a class or an email to a professor. It is important to note that many professors will not respond to an email of they feel it is not written formally, or respectfully. The difference between the formal and informal tones is similar to knowing the difference between formal and informal dress. 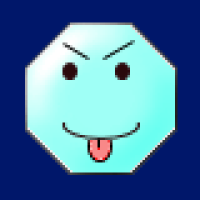