From Bowie to high school, the link between performance and mental health

Oh No, Love, You’re Not Alone

“I mean, I was 25 years old. I had my own TV show. I had dogs that I loved and tons of friends and I was getting adoration from fans and I was happy with my work, but I couldn’t figure out what it was; it doesn’t always make sense is my point. It’s not just people who can’t find a job, or can’t fit in in society that struggle with depression sometimes.”
–Supernatural’s Jared Padalecki on his experience living with depression.

Many performers in today’s day and age are very open about their struggles with mental health issues, fighting to end the stigma attached to mental health. Demi Lovato has become somewhat of an icon for recovery from a variety of hardships, including bipolar disorder and self-harm. Lena Dunham has always been outspoken about her experience living with obsessive-compulsive disorder. Olivia Munn of The Newsroom has opened up about her struggles with anxiety and trichotillomania. 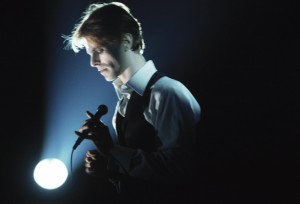 Seeing that celebrities struggle with this issues can be a huge source of hope for those of us who share these struggles. I personally find a great deal of strength and inspiration in David Bowie. Bowie’s shyness and anxiety are exactly what motivated him to create the characters he played in his music. Much of his music deals with the feelings of abandonment, fear, and isolation, particularly the album The Rise and Fall of Ziggy Startdust and the Spiders from Mars. The final song on this album, Rock and Roll Suicide, addresses in vivid detail the sense of isolation that is often felt by those struggling with depression. Seeing Bowie’s success in spite of his obstacles is a huge part of what inspired me to begin my studies in music and theatre; if someone as eccentric and boisterous as The Goblin King can find strength in himself despite his inner demons, there’s no reason we can’t do the same.

Bowie said once of his music:
“On the other hand, what I like my music to do to me is awaken the ghosts inside of me. Not the demons, you understand, but the ghosts.”

Performance can provide an outlet for these often overwhelming feelings, a way to express them that sometimes words just can’t. It can also provide an escape, if only temporary, from these feelings; it can provide a world where we are not afraid, where the demons quiet themselves for a while. It can provide a sense of serenity that can be difficult to come by. For some, it can assuage the need to hide away that anxiety and depression can sometimes bring on by providing the opportunity to be something other than oneself for a while.

For more celebrities struggling with mental illness and their stories of success and recovery, click here

My Psychopharmacologist and I

Today, more and more plays are written and produced that chronicle the daily struggles of mental illness. These stories, while often sad and difficult to swallow, are vital in today’s day and age; audiences need characters with whom they can identify, and these plays provide that for those who struggle with mental illness and their families.

Brian Dykstra’s Silence, based on a true story, tells the story of a group of at-risk teens in a dramatic therapy program in Fargo, North Dakota, putting together a performance for their parents at the end of the summer. Their performance includes one young man coming out to his parents as a homosexual, and the play itself deals with the topics of depression, anxiety, suicidal ideation, otherness in society, and general discontent with the world around us.

The following is an excerpt from the play:

CARNES
It’s a mentoring program, right? Like big brothers, only for people they think are dangerous to themselves. Right?

CARNES (CONT’D)
…My parents signed me up because I took some bad ecstasy at a mushroom party with a guy who kept feeding me kamikazes & Jell-o shots.

CARNES
But it was a total waste of time.

ERIC
The mushrooms, the ecstasy, or the alcohol?

ERIC
You mean you weren’t trying to kill yourself?

CARNES
I was trying to have a good time.

ERIC
And how’d that work out for you?

ERIC
Sounds like you were trying to have three good times all at the same time.

Next to Normal tells the story of a woman struggling with bipolar disorder, and explores the impact her illness has on her family. The story chronicles her recovery and attempts to move forward. The song My Psychopharmochologist and I details her struggle to find a combination of therapy and medication that works for her, one of the most frustrating things a mentally ill person can face.

For more on musicals dealing with mental health, click here

These plays provide an insightful look at mental illness and society’s treatment of it in a creative and almost tangible way, which is not only truly gratifying to those who share the characters’ struggles, but also paints a vivid picture for neuro-typical people to understand. They also call attention to these issues in a way that is impossible to ignore. Seeing these topics portrayed in theatre, movies, and television in such a real fashion can make the people who share these struggles less ashamed of them, less ashamed of themselves and more willing to seek the treatment they need and deserve because the stigma attached to this treatment is slowly diminishing.

“Under the guise of play and pretend, we can – for once – act in new ways. The bit of distance from real life afforded by drama enables us to gain perspective on our real-life roles and patterns and actions, and to experiment actively with alternatives.”

It is a common belief that performing artists are an outgoing, rambunctious people, confident in who they are, but this is not always the case. Many of today’s best known and most eccentric performers have struggled with depression and anxiety. We see The Thin White Duke and expect a certain charisma, an air of confidence, but David Bowie himself suffered from severe social anxiety. It was through his characters, through Ziggy Stardust and Aladdin Sane, that Bowie found the music in himself. We see Captain Jack Sparrow and expect a sense of nonchalance and confidence, but Johnny Depp, too, is a quiet soul, coming to grips with his struggles with depression through performance.

And their stories are only the beginning. Dramatic therapy is a rapidly growing field. It provides a way for participants to tell their own stories, as well as to achieve an emotional cleansing through the exploration of the human experience. This form of therapy uses performance to achieve emotional breakthroughs and catharsis. Through portraying another person, we learn more about ourselves; I have struggled with depression and anxiety for much of my life, and I recently played the role of Barbara in a production of Tracy Letts’ August Osage County; it proved one of the most cathartic experiences of my life, and I learned more than I can possibly say about myself and the way I express emotions, as many of Barbara’s feelings are universal, but the ones we don’t often express. 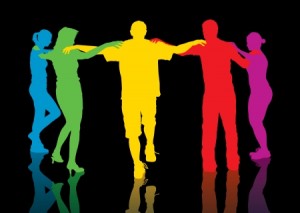 Group of people are dancing together at a party.

Through this blog, I will explore the benefits performance can have on mental health, through my own accounts and through the accounts of others, and through plays written on the subject. I will also discuss the link between theatre and mental health through the effect that art has on society.