I have had a lot of experience being in charge of small and large groups of employees or children. I was always afraid to be put in charge of a group of people, whether it be children or adults, because I have severe stage fright. My bosses worked with me in two of my previous jobs to help me become a better leader.

My first job was as a Program Specialist for the Youth Sports Department at the YMCA. For this position I did many things, but one thing that my boss pushed me to do was be a group leader for the youth summer camps and sports camps. As a leader I was in charge of a group of children at a time that could have up to ten children ranging from ages two to fourteen. As a leader of these children I gained the confidence that I needed to become the teacher that I had wanted to become. My boss also made me coach one of the eight-year-old soccer teams so that I could come out of my shell even more. It was a little strange at first because I was sixteen and my assistant coach was one of my players fathers, but I knew the man so it made it a tad easier. The last thing that he did was put me in charge of the volleyball section of our department. It wasn’t a big department and he said that he trusted me to lead it in it’s entirety; this opportunity also helped me become better at being a leader.

My second job was at the River’s Bend Food Lion. I started out as a cashier, but three months into working there my boss told me that she wanted me to become an office assistant. I was nervous at first because I knew that being an office assistant required a lot of work and concentration; one little mess up and I could ruin the entire sale amount for the day or send a flag to corporate for not having a minor go on their break in time. As I trained to become an office assistant I became more confident and actually enjoyed doing it. Being an office assistant I was the leader for all of the cashiers during my shift. That meant assigning them to a register, making sure I watched the carts and sent cashier’s out to get carts when we ran low, and assigning the cashier’s their break times. Assigning break times was one of the most stressful parts because I had to make sure they did not overlap, but if they did I had to make sure it wouldn’t affect the flow of traffic checking out at the registers. 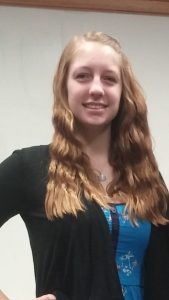