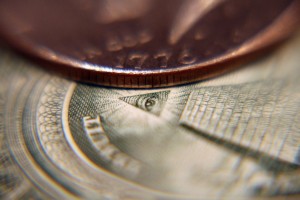 The Achievement Gap in America is a very real and very prevalent problem. You might be motivated to look for a solution out of the goodness of your heart because of the egregious unfairness of it all. However, many Americans turn a blind eye because the county that they live in, the schools their children go to, are high preforming. It does not affect them so why should it matter?

The Achievement Gap affects us all, whether we realize it or not. Some of the consequences are crystal clear. One such example would be the economic impact (Click here to view NAEP). Low achieving, lower income schools have a harder time retaining teachers. These schools usually end up having poor instructors, sometimes rewarded a emergency license just to have enough teachers. The students are impacted because they are not getting research based, best practices instruction. Their standardizes tests plummet.

What does the federal government do about it? Pour money into it. The US spent $1 trillion dollars on education in the 2016 fiscal year. That’s 15% of the US total spending. We spent more on education then we did on defense (Click here for government spending figures). That money comes straight from the American’s tax dollars.

This video discusses how we are underutilizing the human potential we have in America. Have you ever heard the quote “What if the cure for cancer was locked in the mind of someone who couldn’t afford an education?” This is the same type of predicament. What if the cure for cancer, the answer to world hunger, to world peace was trapped in the mind of someone that just wasn’t even awarded the education a White American was rewarded.

We are disserving the American children. These children are not able to reach their full potential. Drop out rates abound. Then these kids, once they are adults are the same people who are reliant on social programs to live. The people are using tax dollars their whole life just to get by because they did not get access to the education that was owed to them. If Americans didn’t have to pay for the gap the economic benefits would be unpatrolled. 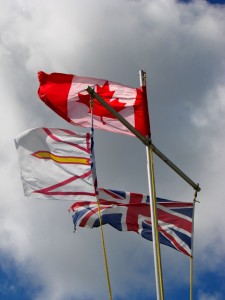 Unlike other posts, this posts explores the achievement gap from the view of a teacher, and as such will be geared to teachers. When you walk into an American classroom in this day and age, chances are there will be a diverse group of bright eyed and bushy tailed students looking right back at you. Sometimes what happens is these professionals come into a classroom to teach, and they teach the way they were taught. They do this without respect for the customs of the cultures in their classroom. NEA President Dennis Van Roekel has been quoted for wisely saying “Educators with the skills, knowledge, and attitudes to value the diversity among students will contribute to an educational system designed to serve all students well.”

This is called cultural competence. Its being aware of our culture and knowing the differences from yours to others. When a teacher shows cultural competence in their classroom they are able to effectively teach to other cultures then their own. As educators, we need to be aware of the children in our classroom. This allows us to take a step back and think about how we are going to teach. It allows  us to be more informed. The goal of teaching is to convey knowledge to children, and why would any educator turn their backs on a better way to teacher their children?

As educators we need to “provide an environment of respect and reciprocity of ideas.” This allows our students to feel loved and safe. Children can not learn unless they feel safe, unless they feel comfortable. What better way to do this then to make them feel welcomed and at home in their own classroom? This kind of environment fosters the growth of knowledge and learning. Cultural competence is both morally and ethically necessary in order to make an environment where your children succeed. So when you go back into your classroom, when you look at your students, think about where they come from. Use this information to guide your instruction. 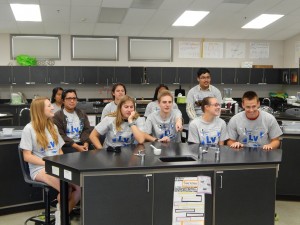 On my first day of high school I walked into a shiny, polished building. The school I went to was predominantly white and affluent. I had access to some of the best teachers,  a state of the art library, and all of my classrooms had various forms technology. In fact, my school district sent students home with their very own computer for the whole year. That is how I grew up. I did not realize, at the time, how lucky I was.

Hartford, Connecticut is a different story. The school that we will look at is predominately black. In contrast, these schools were in deplorable conditions. A podcast named “This American Life” paints a picture for us stating: “One principal described how when it rained, his cafeteria would flood. A classroom ceiling had collapsed a few minutes before kids came to class. And he described how another time the roof came down, pigeon carcasses came tumbling into the building. Pigeon carcasses.” 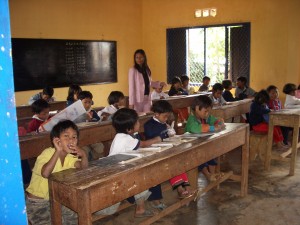 Sadly, this is not at all a strange phenomenon. All around our country students are getting access to different education and because of this preform differently. This phenomenon is known as the achievement gap. According to the National Center for Education Statistics: “Achievement gaps occur when one group of students outperforms another group and the difference in average scores for the two groups is statistically significant (that is, larger than the margin of error.)”

Today, and historically, African Americans and Hispanic students score lower then Asians and Caucasians. This is due to the socioeconomic classes, or income, each race earns. Race and socioeconomic standings have always had a strong correlation. Alarmingly, this gap is only widening as these children go through the school system. This gap has been documented for fifty years, with the first report being coined “The Coleman Report”.

Coleman and his team collected their research from 4,000 schools in all 50 states and their findings were alarming. Unsurprisingly, Coleman found that there was a gap in achievement between the races. He concluded that the best way to bridge this gap would be to integrate schools based on their socioeconomic standings.

In America we value education as a way of social mobility. However, in America black students are more and more disadvantaged by the circumstances of the family they were born into. It is not fair that I got a laptop and somewhere another student who was born into a family that is not as affluent as mine got a pigeon carcass. I got the chance to get a degree and go to college, but that’s not a luxury all Americans get. We need to take a hard look at what is happening, at what we are focusing our kids, our future, to go through. We need to take a stand and start a conversation so that everyone knows the injustice that kids are being put through because that’s the first step to bridging the gap.