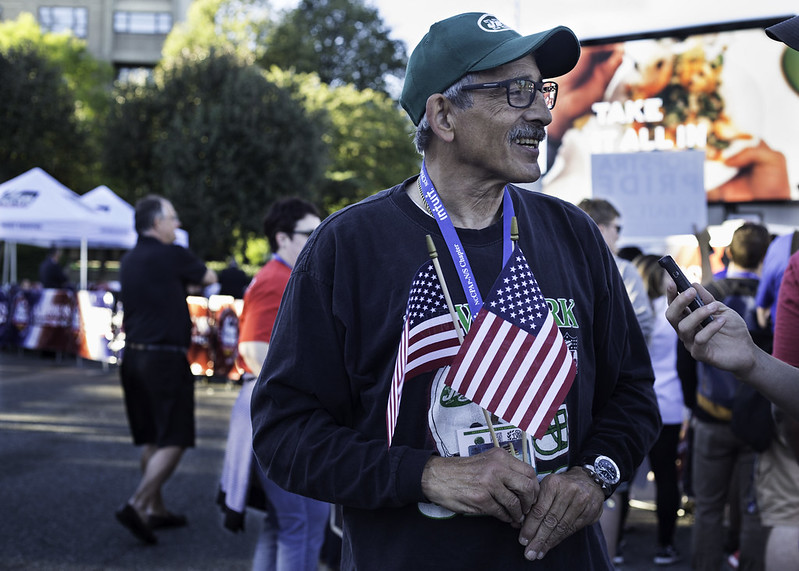 The first Presidential Debate of the 2016 election season is less then 24 hours away making Hofstra University’s campus full of news stations, eager students, and politically driven groups. While walking around CNN’s headquarters we met Kevin, who was informing students about the upcoming debate. When asked about the importance of this debate he replied, “This is the most important election of my lifetime, I’m 63 years old and I’ve been through Vietnam; if you want a future, you need to vote for Trump!” He later stated “I can’t vote for a liar, when Donald Trump cares about the hearts of our people.” Kevin was obviously a Donald Trump endorser, but he truly knew a lot about both candidates.