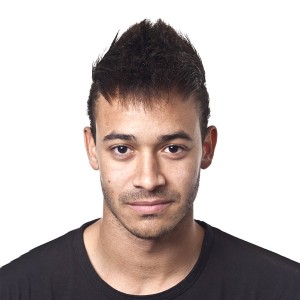 My name is Daena Bodie, I am currently a Junior (quite possibly a Senior, it’s a little complicated!) Public Relations and Organizational Communication major.

I’m Bahamas born but moved to England in my early teens. I am a soccer player here on the Longwood Men’s Soccer team and have played the sport my whole life. My main professional interest is definitely soccer and I took a semester out last Fall to pursue some avenues within that.

However the lure of finishing up my degree at Longwood within the strong communications program we have here was too much to keep me away.

Whilst I have written previous introductory blogs that outline my own experiences and expertise within the communications field I feel as if nothing has help me put in to practice the skills I have learnt within communications as much as my last job working at The Rockmount Bar & Restaurant over the last few months.

I was a bartender there and nothing has translated more from the whiteboards to face-to-face interaction than my time within that job. Not only did my experiences extend from handling basic customer interaction but also to dealing with managing crisis situations on a bigger scale.

Having worked in a bar I have experienced a lot of situations regarding gender and how gender norms aren’t really set in stone, which has led to a few awkward moments.

One particular scenario takes place very frequently that defies our stereotypical idea of gender norms. This situation occurs where a couple walks in and both sit at the bar and the male orders the drinks for the two of them. One is a draught beer and the other is a vodka and coke. Being presumptuous and trying to serve as quickly as possible, I will just assume that the beer is for the male and the vodka is for the female.

However often times this is not the case, but having grown up where it is usually men that drink beer and women that drink wine or liquor, I would never give it a second thought that it may be the reverse.

Throughout this semester I hope to understand the bigger picture on how gender norms and roles affect people that lie outside of the stereotypical gender ideals.

One thought on “The Second Coming”