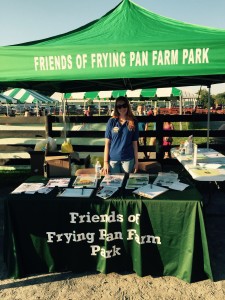 Photo of myself at the Outreach Table that I would set up at the events at the park. The table would serve as a place for people to ask questions about the event, learn more about upcoming events and for people who wanted more information about the park. The table would be set up at the morning kids concerts, evening family concerts, farm stands, busy days at the park as well as the larger events. This photo was taken at the Fairfax County 4-H Fair

The following documents represent samples from my internship with Frying Pan Farm Park in the Summer of 2015. I was the Marketing/Communications Chair. 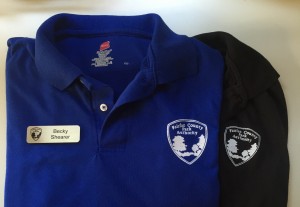 An email drafted and sent out to a potential sponsor for the Parks big event, The Fairfax County 4-H Fair, by myself. The sponsor that received this email chose to sponsor by donating $200+ in in-kind donations.

Facebook Posts that I assisted in drafting and taking the photos for. The majority of the posts I helped in making were the Wild side Wednesday posts, Tush Tuesday as well as the farm stand posts. 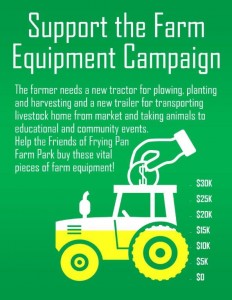 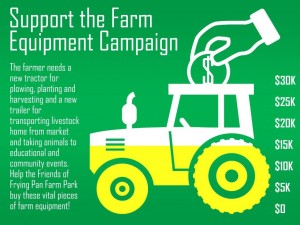 These are signs created in collaboration with my supervisor to market that the farm was working towards raising money to get the farmer a new tractor. These signs were posted around the park and updated as more money was made. The signs were designed this way so it was easy to update when more money was raised to reach the goal. 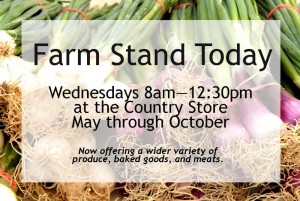 An ad I created to advertise the Farm Stand at the park. The photos in the background of the ads that were posted were taken at the Farm Stand by me. The ads ran on Facebook twice a week.

Template of take home’s that were send home with kids that participated in the summer camps at the park. These were created so the families would be in-the-know with the other events on the property. They were created half sheet so they were able to be read quickly and easy to carry.

This represents a to-do list that I was given for when my supervisor was away on vacation. The time she was on vacation I had little supervision and was able to add things todo (not on document) and complete everything that needed to be done along with extra tasks that came up as the week went on.